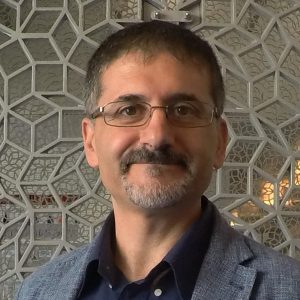 Previously, he was in the capacity of Global Head Security Research at Nokia Bell Labs, and Associate Professor (with tenure) of Computer Science at University of Padova, Italy. Before joining the Academia, he served 10+ years as senior military technical officer. Overall, he has been working in the cybersecurity field for 23+ years, leading both technology-oriented and research-focused teams in the private sector, government, and intl. organizations (United Nations HQ, EUROJUST, IAEA, WIPO). His main research interests include security and privacy for distributed systems (e.g. Blockchain technology, Cloud, IoT, On-line Social Networks), virtualization security, applied cryptography, computer forensics, and data science.

Other than being involved in M&A of start-up—and having founded one (exited)—, he has been producing 240+ scientific papers and patents over the cited topics, has co-authored three books, edited one, and contributed to a few others.

He sits on the scientific board of a few organizations, and he is serving as an AE for ComCom, ComNet, PerCom, Journal of Computer Security, and other Intl. journals.

In 2011 he was awarded a Chair of Excellence from University Carlos III, Madrid. In 2020 he received the Jean-Claude Laprie Award for having significantly influenced the theory and practice of Dependable Computing.