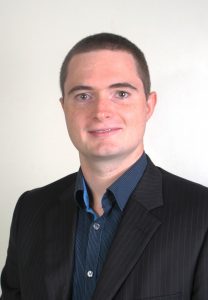 Dr. Arnaud Kaiser obtained his PhD in Computer Science from the University of Paris 13 in 2011. He then joined the Communicating Systems Laboratory at the Atomic Energy Commission, France, as a research engineer until 2014. He worked on IPv6 vehicular networks and energy-efficiency in IPv6 home networks. He then joined the Technological Research Institute SYSTEMX, France, where he worked as a research engineer in cyber-security for Cooperative Intelligent Transport Systems (C-ITS). Since September 2018, he is the project manager of the Secure Cooperative Autonomous systems (SCA) research project, which focus on misbehaviour detection for C-ITS. Arnaud supervises PhD students who are working on cyber-security and privacy for C-ITS. He published his works in major IEEE conferences and journals and is actively involved in the community as a reviewer for many conferences and journals. He also contributes to ETSI standardization activities related to C-ITS.