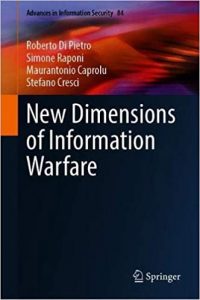 As Meglena Kuneva brilliantly foresaw in a famous keynote speech at the European Commission in 2009 — « Personal data is the new oil of the Internet and the new currency of the digital world » — we live in an era where wealth is directly linked to the available information.

Within this context, OSNs represent the new gold mines. Gold mines in which every technologically-savvy actor can freely dig its nuggets.

Digital breadcrumbs left by our daily activities thus represent a tempting opportunity for different actors — such as governments, advertising companies, state-backed organizations, hackers — opening up scenarios that would have been simply unimaginable, just a few years ago.

Online information is not only valuable per se, but it can also be used to influence other aspects of our modern societies. In fact, the ever increasing convergence between the cyber and physical worlds, is making it more and more difficult to disentangle the critical systems that make up our societies. As a consequence, a single carefully-crafted and perfectly-timed piece of (dis)information can now potentially make or break elections, governments, economies and infrastructures, thus granting a tremendous leverage in the hands of those who know how to weaponize and manipulate these critical systems.

As an ubiquitous and striking example of this kind, think of FinTech, a growing field where finance and technology are now completely intertwined. Within this context, the interplay between systems and the online chatter that feeds them for driving market decisions, exposes such systems to a plethora of manipulative activities.

Information reliance is also critical to business entities and industries, a problem exacerbated by the increasing adoption of outsourced ICT infrastructure (think of the cloud), with resulting increased security risks.

The increased automation of information-driven modern industrial plants also exposes them to unprecedented risks. When the businesses or infrastructures at risk are those that are of critical importance for a nation — such as those responsible for telecommunications, logistics, or directly supporting  military capabilities — the risks practically extend to whole countries.

The frantic technological advancement previously outlined radically changed Information Warfare scenarios, posing new threats, ranging from  personal to  national security, that every actor should take into consideration. In this talk, based on the book I co-authored:

« New Dimensions of Information Warfare », we will discuss new threats opened up by the latest technological advancements that have never been addressed before — at least, in the dimensions we categorize them. In particular, we partition the discussion on the new dimensions of information warfare into three  macro areas: Society, Economy, and Infrastructures. For each area-domain, the relevant  threats are contextualized with  real case scenarios and explained in detail; we also provide, for each domain, insights in terms of possible future attacks and countermeasures. In addition, we will dive into the description of the still open problems and the countermeasures that can be implemented, possibly inspiring further research in the domain.